Synopsis: There is a serial killer on the loose. Women have been disappearing for years in Orange County, New York and Marion County, Florida, hundreds of cases have gone unsolved. How many murders has he committed? Ocala Police Officers, Peter Michaels and Dave Weston, will need to figure that out. Enlisting the help of Newburgh Detective, Jacob Mason, their suspect’s deadly past comes to light, haunting their dreams. Can they stop him before he kidnaps another woman? Will he confess to his crimes?


Are you ready to meet David Checkowich? 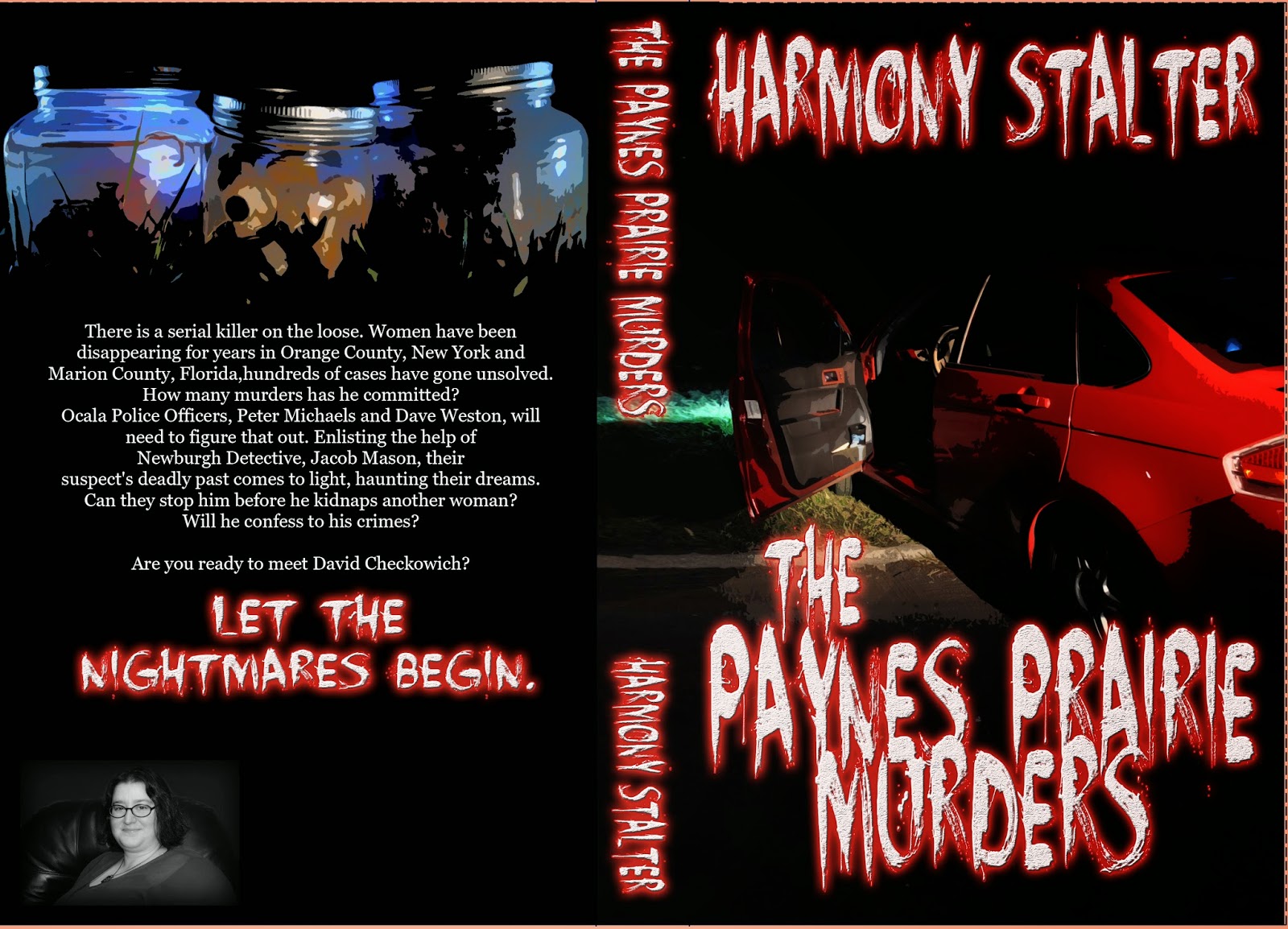 “Sorry,” he said. “I didn't think anyone would come up to me out here.”
“There is no reason to be sorry,” she said. “I just came out here to tell you she is awake and asking for you.”
“Thank you,” he said, standing up. “I’ll head up to her room.”
“You’re welcome. I believe her parents are also there. They came in a few minutes ago. They are interested in meeting the man who saved her life.”
“Okay, I better go straighten myself out before I head up there.”
“I am sure they wouldn't care,” she said as they began walking back toward the hospital. He hung his head as they made their way back, memories still flooded with his deceased wife. The tears were threatening to fall again. He made his way into the bathroom, splashing water on his face. Making his way up to Missy’s room, he took a deep breath before entering. Her father and mother were by her bedside. She was the spitting image of her mother. He could easily see why her father had fallen for her. She wore her white hair just past her shoulders, which was all that was giving away her age. She was leaning over her daughter’s bed, tucking her in. Missy’s father was standing next to her, looking down on his daughter’s battered and bruised body.
“Andrew,” said Missy when she noticed him entering the room. Both of her parents looked up. Her father came around the bed with his hand extended toward Holland. Holland grasped it, giving it a shake.
“Thank you for saving my daughter’s life,” he said in a shaky voice. “I don’t know what would have happened if you didn't show up, but I am grateful you did.”
“Let’s not think about what that animal would have done to her. I am just glad I made it there in time to stop whatever he had in mind.”
“So are we,” said her soft spoken mother, coming over to him. She wrapped her arms around his midsection, giving him a tight squeeze. He reciprocated her gesture, thinking this is how it would feel to have Missy in his arms. She pulled away to look at his tear rimmed eyes. “Please come sit next to her. She has been looking for you since she woke up.”
“I don’t want to infringe on your time with her.”
“Don’t be silly,” she said. “My name is Marla, by the way, and his name is Gerald or Jerry.”
“It is very nice to meet you both. I am just sorry it wasn't under better circumstances.”
“As are we,” Marla said, taking him by the hand and leading him to Missy’s bedside.
“Hi,” he said, looking down on her.
“Hi,” she said, smiling up at him.
“How are you feeling?”
“Hurting, but other than that I am okay.”
“Good. Have the doctor’s come in to talk to you since I had left?”
“No, not yet.”
“Okay, I am going to let you spend some time with your parents and head back to the office.”
“Please don’t. I would rather you be here when the doctor does come in to tell us what is going on.”


“Okay,” he said with a sigh. He did not want to sit in the hospital any longer, but he wanted to know what was going on and just what caused her seizure.
Posted by Unknown at 6:19 PM No comments: